The enormous need of BSM is difficult to fulfill in developing countries like Indonesia and Vietnam. Take as example Indonesia, a country with more than 250 million people from which more than a third of its population drives a motor-vehicle (83 million registered motor-vehicles) and roads thick with SUVs and motorbikes, driven by the rising prevalence of traumatic injury through motor vehicle accidents in the emerging markets, and osteoarthritic low energy fractures in members of the aging population. In Indonesia Orthopaedic surgeons treat hundreds of cases of trauma that occur each week. The high number of facilities among motorcyclist reflects the dominance of two-wheelers on the SE Asian country streets. 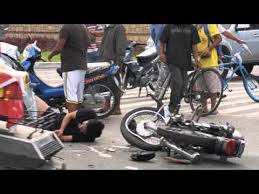 Beside traumatic injury through motor, Natural Catastrophes such as earthquake and tsunamis, are causing many thousands injuries from time to time. As example a heavy earthquake with a magnitude of 6.3 on the Richter scale, struck the Indonesian Island Java in the early morning of May 27, 2006. The earthquake caused 36.299 injured people while the tsunami of 26 December 2004 caused 125.000 injured people. Earthquake and tsunamis casualties were mainly suffering from musculoskeletal injuries, especially fractures.